A Call of Duty Finally Answered

Many who know me, also know of the passion and reverence I have for veterans and those that serve in the military. So big is that passion that I often get asked if I’ve served (the trim haircut plays a part, too, I’m sure).

No, I did not serve. I long-wished I did, and I know many who do to whom I feel a large debt.

As a young man I wanted to serve my country in uniform, but life had other plans. I watched my friends and contemporaries march off to war in the aftermath of 9/11 with a sense of admiration and gratitude and later guilt and shame for not having joined them.

All of those feelings now drive how I choose to practice law and how I conduct my daily life. While I didn’t answer the call of duty in my youth, today I serve my country through service to my community, family, and friends and a dedication to uphold the values, freedoms, and life that the military defends for our benefit.

In hindsight, my love for the military was obvious from an early age. Some of my childhood and young adult sports heroes were Joe DiMaggio, Ted Williams, David Robinson, and Pat Tillman. I loved watching reruns of “M.A.S.H”, everything Chuck Norris, and, of course, the “A-Team.”  On the Silver Screen it was “Top Gun”, “Black Hawk Down”, and “Saving Private Ryan”. Then there were all the days and nights of playing with my cousin Mark and the imaginary expeditions and battles we fought as a dynamic duo (he as the general and me as the private).

The spring of 1997 found me embroiled in a very heated argument with my parents over my desire to join ROTC at Boston College during my freshman year. My parents were adamantly opposed to the idea. Being young I lacked the confidence to strike out on my own. So I capitulated and didn’t sign up.

Instead I went to law school and lived a cushy life of academia. While my law school classmates and I debated legal opinions and constitutional maxims in the classroom and over pints in the tony bars of Richmond’s Fan District, young men and women our same age and younger fought and died to uphold them.

An Army ROTC recruiter showed up during my 2L year and a few of my classmates signed up for six years of service in exchange for officer status and being debt free. I was only brave enough to consider it for a second before discarding the idea as “not practical.”

Later, as a public defender in Orange County I had the privilege of working in the collaborative courts, in particular Veterans Court. There I was connected with the men and women who answered their call of duty and stood the post in my stead but had returned ravaged by war and suffering the challenges of assimilating back into civilian life. Seeing the raw damage that was the direct result of our “War on Terror” was eye-opening. That someone else was brave enough to give up the privileges of an American civilian life to answer their call of duty to stand up to oppression, tyranny, and evil despite the costs was humbling.

I realized quite palpably then that those “someone else’s” gave me the greatest gift a person can bestow upon another – themselves. They were severely maimed, psychologically wounded, or died so that I might live freely.

It was then that I came to one of the most important realizations of my life, as aided by the words of a veteran with whom I deeply respect.

In response to me lamenting my failure to answer my call of duty like he did, he looked me straight in the eyes and said,

Since then my shame for not having served has fallen away leaving a crystallized sense of purpose. I can serve my country in an important yet different way than my brothers and sisters in arms. I can defend the soul of our country and humanity by waking each day with a commitment to help people through compassion and care and a dedication to fight injustice and serve my community, veterans, military and civilians alike.

That is my call of duty today. I hear it loud and clear, and I am now finally prepared to answer it.

If you Need Help, It Would Be Our Pleasure... 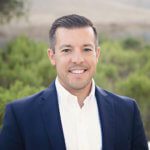 Kevin Snyder is a husband, father, and an Orange County estate planning attorney and elder law attorney. He is all about family and has a passion for educating his community. He enjoys helping people protect what matters most and inspiring them to be the best versions of themselves they can be.